Common causes of infertility include:

There are also several factors that can affect fertility.

There’s no evidence to suggest caffeinated drinks, such as tea, coffee and colas, are associated with fertility problems. 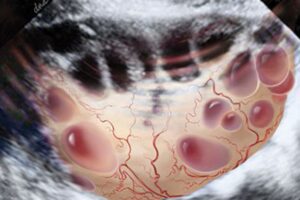 Infertility is commonly caused by problems with ovulation (the monthly release of an egg from the ovaries).

Ovulation problems can be a result of:

Pelvic surgery can damage and scar the fallopian tubes, which link the ovaries to the womb.

Cervical surgery can also sometimes cause scarring or shorten the neck of the womb (the cervix).

When you’re ovulating, mucus in your cervix becomes thinner so sperm can swim through it more easily. If there’s a problem with the mucus, it can make it harder to conceive.

Non-cancerous growths called fibroids in or around the womb can affect fertility. In some cases, they may prevent a fertilised egg attaching itself in the womb, or they may block a fallopian tube.

Endometriosis is a condition where small pieces of the womb lining (the endometrium) start growing in other places, such as the ovaries.

This can damage the ovaries or fallopian tubes and cause fertility problems.

Pelvic inflammatory disease (PID) is an infection of the upper female genital tract, which includes the womb, fallopian tubes and ovaries.

It’s often caused by a sexually transmitted infection (STI). PID can damage and scar the fallopian tubes, making it virtually impossible for an egg to travel down into the womb.

Some women choose to be sterilised if they do not want to have any more children.

Sterilisation involves blocking the fallopian tubes to make it impossible for an egg to travel to the womb.

It’s rarely reversible – if you do have a sterilisation reversed, you will not necessarily be able to have a child. 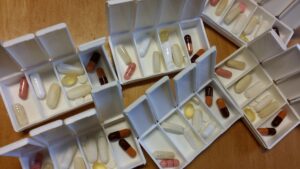 The side effects of some types of medicines and drugs can affect your fertility. These include:

Illegal drugs, such as marijuana and cocaine, can seriously affect fertility and make ovulation more difficult.

A common cause of infertility in men is poor-quality semen, the fluid containing sperm that’s ejaculated during sex.

Possible reasons for abnormal semen include:

Many cases of abnormal semen are unexplained.

There’s a link between increased temperature of the scrotum and reduced semen quality, but it’s uncertain whether wearing loose-fitting underwear improves fertility.

The testicles produce and store sperm. If they’re damaged, it can seriously affect the quality of your semen.

This can happen as a result of: 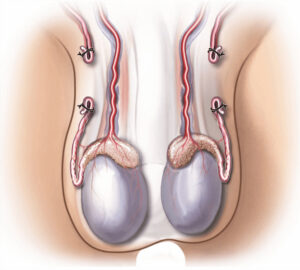 Some men choose to have a vasectomy if they do not want children or any more children.

It involves cutting and sealing off the tubes that carry sperm out of your testicles (the vas deferens) so your semen will no longer contain any sperm.

A vasectomy can be reversed, but reversals are not usually successful.

Some men experience ejaculation problems that can make it difficult for them to release semen during sex (ejaculate).

Hypogonadism is an abnormally low level of testosterone, the male sex hormone involved in making sperm.

It could be caused by a tumour, taking illegal drugs, or Klinefelter syndrome (a rare syndrome involving an extra female chromosome).

Certain types of medicines can sometimes cause infertility problems. These include:

Illegal drugs, such as marijuana and cocaine, can also affect semen quality.

In the UK, unexplained infertility accounts for around 1 in 4 cases of infertility. This is when no cause can be identified in either partner.

If a cause for your fertility problems has not been found, talk to your doctor about the next steps.

The National Institute for Health and Care Excellence (NICE) recommends that women with unexplained infertility who have not conceived after 2 years of having regular unprotected sex should be offered IVF treatment.

Surgical Skin Stapler: Take a Close Look at How It Works?