Chemotherapy encompasses a wide variety of therapy treatments. Your doctors and nurses may use many new and unfamiliar terms such as “adjuvant,” “neoadjuvant,” “consolidation,” and “palliative” when they talk with you about your diagnosis, treatment, and recovery. This glossary is a guide to help you through the process of chemotherapy. It covers many of the terms you’ll need to know as you complete your cancer treatment.

Chemotherapy given to destroy left-over (microscopic) cells that may be present after the known tumor is removed by surgery.  Adjuvant chemotherapy is given to prevent a possible cancer reccurrence.

Chemotherapy given to induce a remission.  This term is commonly used in the treatment of acute leukemias.

Chemotherapy given once a remission is achieved.  The goal of this therapy is to sustain a remission.  Consolidation chemotherapy may also be called intensification therapy.  This term is commonly used in the treatment of acute leukemias.

Chemotherapy given in lower doses to assist in prolonging a remission.  Maintenance chemotherapy is used only for certain types of cancer, most commonly acute lymphocytic leukemias and acute promyelocytic leukemias.

Chemotherapy that has, through research studies and clinical trials, been determined to have the best probability of treating a given cancer.  This may also be called standard therapy. 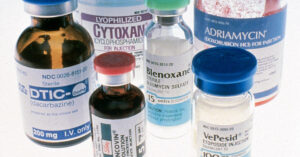 Palliative is a type of chemotherapy that is given specifically to address symptom management without expecting to significantly reduce the cancer.

Chemotherapy treatment that is given to someone who is not responding to other treatments for cancer (see second-line chemotherapy).

The use of two or more drugs together to treat cancer.

A form of chemotherapy in which the dose is broken up into smaller amounts and given over three to five days, rather than being given as one large dose.

Chemotherapy given by mouth or through a vein that travels through the bloodstream and kills cancer cells throughout the body.

A treatment in which the chemotherapy medications are delivered directly into the tumor (cancerous growth).

A treatment in which chemotherapy is delivered directly into a muscle.

A treatment in which chemotherapy is delivered directly into the abdomen.

Medication or liquid that is given through a needle into a vein. Chemotherapy is often delivered intravenously (through an IV).

Chemotherapy that is taken by mouth.

Treatment that targets specific genes, proteins, or other molecules that contribute to cancer growth and survival.

Treatment that removes, blocks, or adds hormones to destroy or slow the growth of cancer cells. It is also called hormonal therapy or endocrine therapy.

A type of cancer treatment designed to boost the body’s natural defenses to fight the cancer. It uses materials made either by the body or in a laboratory to improve, target, or restore immune system function. It may also be called biologic therapy.

A treatment plan that includes expected treatments and procedures, medications and their doses, the schedule of treatments, and how long the treatment will last.

Substances, such as chemotherapy drugs, that damage or kill cells.

Drug resistance is where tumour cells become resistant to chemotherapy. Some tumour cells will be chemo-sensitive and are killed by anticancer drugs; the cells that remain are likely to be more resistant. Thus by selection it is the most resistant cells survive and divide, they may be resistant to a particular drug, a class of drugs, or all drugs. 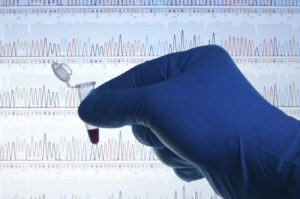 To fully restore health. This term is sometimes used when a person’s cancer has not returned for at least five years after treatment. However, the concept of “cure” is difficult to apply to cancer because undetected cancer cells can sometimes remain in the body after treatment, causing the cancer to return later, called a recurrence. Recurrence after five years is still possible.

Cancer that has returned after a period during which the cancer could not be detected.

“Local recurrence” means that the cancer has come back to the same general area where the original cancer was located.

“Regional recurrence” refers to cancer that has come back in the lymph nodes or other tissues near the original cancer site, usually by direct spread.

“Distant recurrence” refers to cancer that has come back and has spread to other parts of the body, usually by traveling through the lymph system or bloodstream.

The measure of time after treatment during which no sign of cancer is found. This term can be used for an individual or for a group of people within a study. This term is usually used in the context of scientific research.

The measure of time after treatment that a group of people in a clinical trial has not had cancer come back or get worse. This term is also usually used in the context of scientific research.

The amount of time after treatment that a person with cancer lives, excluding all other causes of death but cancer.

How long the patient lives after treatment.

The use of natural, synthetic (made in a laboratory), or biologic (from a living source) substances to reverse, slow down, or prevent the development of cancer.

An assessment that a research finding will have practical effects on patient care.

A research study that tests new treatments and/or prevention methods to find out whether they are safe, effective, and possibly better than the current standard of care (the best known treatment).

A measure of the number of times out of 100 (similar to a percentage) that test results will be within a specified range. It is a measurement used to indicate the reliability of an estimate.

Side effects of cancer treatment that occur months or years after a diagnosis of cancer because of the related treatments, such as chemotherapy, radiation therapy, or surgery.

A protein or other substance that can be measured in the blood to determine whether a disease such as ovarian cancer may be present. Tracking biomarkers can determine how well a person is responding to chemotherapy. This is also known as a biomarker.

A long, thin, flexible tube that is sometimes used to deliver chemotherapy medicines into the body.

The leakage of chemotherapy drugs from the veins into the surrounding tissues, which can damage the affected tissues.

A written summary of the therapies that the patient had during the active treatment period. This is often used in conjunction with a survivorship care plan (see above) to help monitor a survivor’s long-term health. Use cancer treatment summary forms with your doctor to keep track of the cancer treatment you received.

How Is Chemotherapy Given?